Satisfy Your Appetite For Destruction

The standard for simplicity & functionality

The ABR-1 Tune-o-matic bridge was the brainchild of legendary Gibson president Ted McCarty in 1954, setting a standard for simplicity and functionality that has never been bettered. The ABR-1 is slotted directly into the body of the guitar using a separate stud and thumbwheel, providing a firm seating for the strings and allowing players the ability to adjust and fine tune intonation and string height in a matter of minutes. It also yields a great union between the strings and body, which results in excellent vintage tone and sustain. 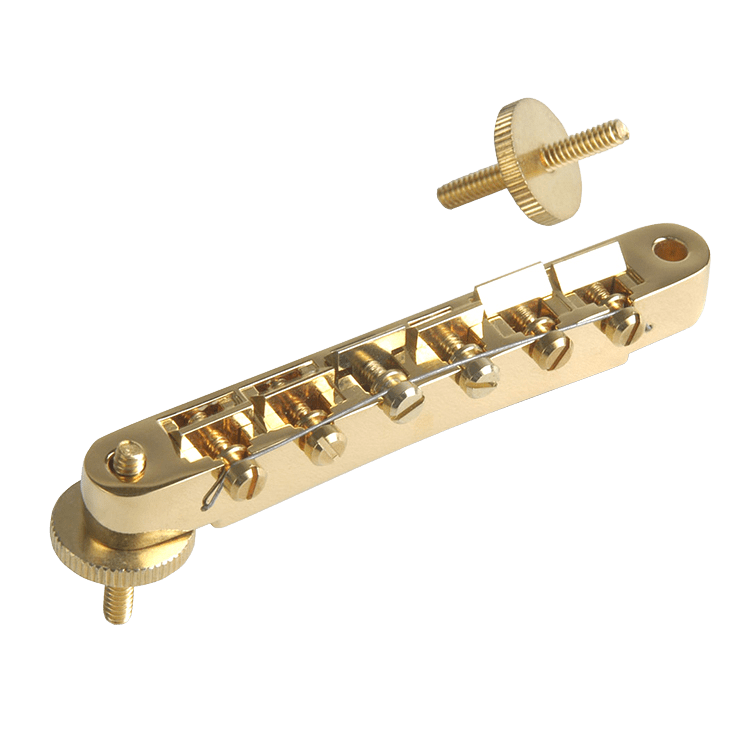